WE ARE IN CEFALÙ: THERE IS NOWHERE ELSE LIKE IT IN THE WORLD!

Situated on the northern coast of Sicily, Cefalù sits at the foot of the “Rocca”: a rocky promontory with its inestimable natural, landscape and historical beauty.
Characterized by steep and winding narrow streets, courtyards, arches and by small fishermen’s houses overlooking the sea, Cefalù offers one of the most beautiful image of Sicily. 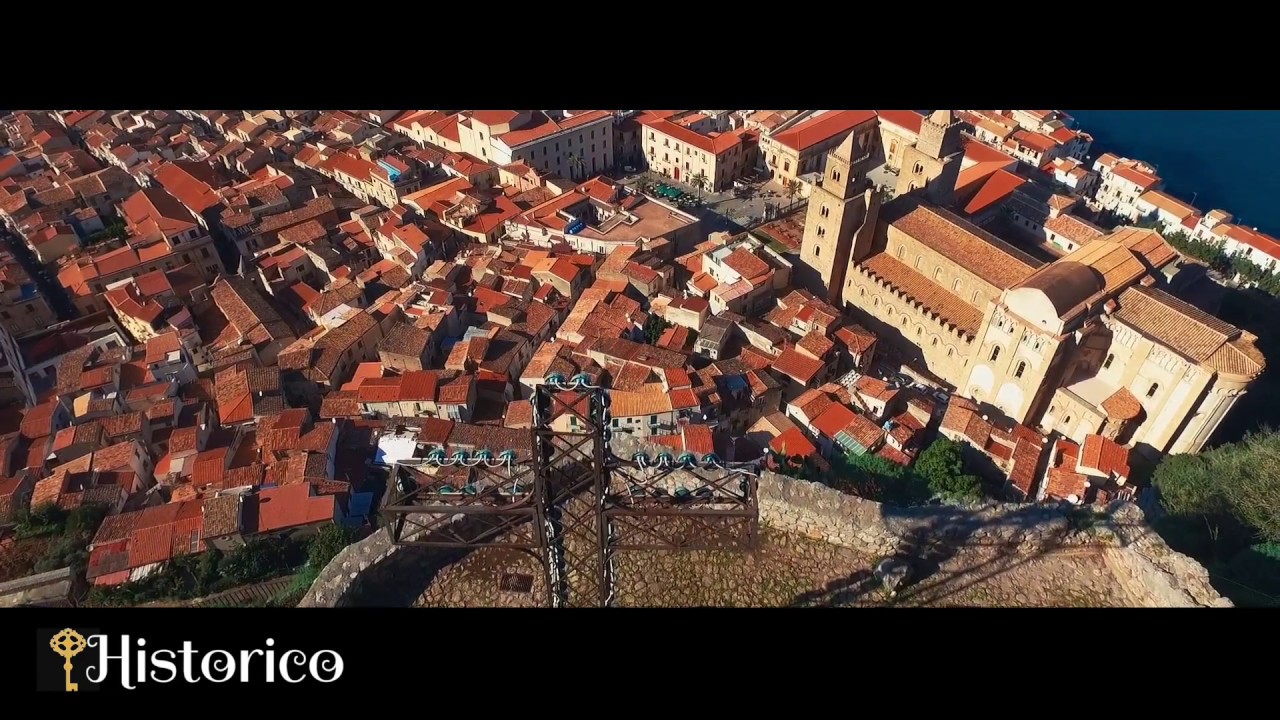 A Place of Historical Interest
Land of fascinating myths related to Daphne, Hercules and Diana, Cefalù was known since ancient times, because of the abundance of water and to the possibility of using natural fortifications.
In fact, the whole territory was inhabited by primitive communities as attested by finds discovered in some caves situated on the eastern side of the “Rocca” and the megalithic temple, known today as “Tempio di Diana”.
The origins of the urban centre probably go back to the period between 396 B.C. and 858 A.C.. During this period, the town remains under the control of different people: the Carthaginians, the Romans, the Byzantines, and then the Arabs.
With the coming of the Normans, began a period of splendor and prosperity.
In fact the town was rebuilt according a new and unified urban design and provides of the majestic cathedral.

World Heritage Site
The cathedral is, without doubt, the monument symbol of the town. The building was started in 1131 by Ruggero II d’Altavilla, according to legend as an act of thanks to Virgin and God to have saved him during a violent storm at sea.
This magnificent monument can be considered the synthesis of different cultures that are harmoniously combined: Roman, Byzantine, Greek, Arab, Norman, Lombard and Venetian.
If the façade, with its two massive towers on four-floors and surmounted by pyramidal spices, surprises for its great and equilibrated proportions, what fascinates visitors more is the interior because of the wonderful Byzantine-mosaic that covers the entire apse, dominated by Cristo Pantocratore.
The “Osterio Magno” and the “Lavatoio medievale” merit consideration too.
The former is a princely residence characterized by a great architectonic style, the latter, situated in Via Vittorio Emanuele, was used by local population until recent times.
The water of the river Cefalino flows through iron vents, arranged along three walls and fills the underlying stone basins where is possible to see the so-called “lavatùra”, stone slabs used by local women to scrub their clothes.

The sea and The Golden Sandy Beaches
The huge cliff jutting into the sky, the sandy beaches and the clear waters of the sea, have made and still make the town of Cefalù, one of the major tourist and seaside resort of Sicily.
During the summer, Cefalù attracts many tourists from all over the world thanks to different events and activities organized to enjoy the rich nightlife of the town.
The patron saint’ festival is the best event organized during the year.
Cefalù commemorates this festival from August 2nd to 6th in honor of S.Salvatore, town’s patron saint. The last day is the most important, with the holy procession and the traditional game called “Ntinna a mari”.
The game has ancient origins and only native fishermen and sailors can participate.
The participants try to walk on a soaped pole over the water attached to the old port.
The aim is to reach the flag, with the image of S.Salvatore, attached to the end of this pole.
This game is source of pride not only for the participants but also for the public that admire their performance

Do You Fancy Staying In This Marvellous Location?

Please fill in the log in or register forms